Stay informed about the news about our packaging solutions 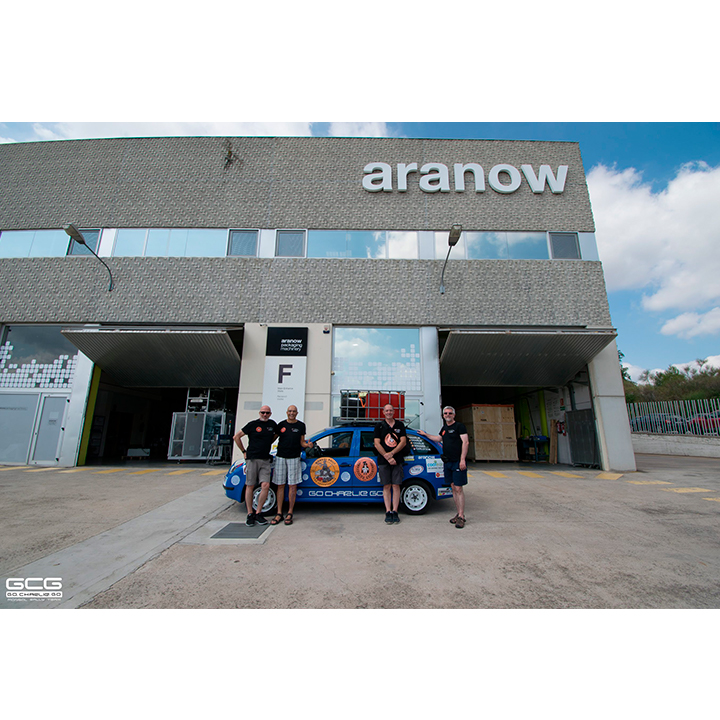 The Mongol Rally is a benefic rally in which competitors travel 15000 km (1/3 of the Earth) through most remote territories, crossing mountain ranges 4600 m above the sea level and navigating 3 deserts until making it to Mongolia.

With more than 900 participants, Mongol Rally has become a global event which has raised over 2M€ since its beginnings. Teams from all over the world come together every year to take part in this adventure where they will be put in all kinds of unexpected situations in order to raise money.

Aranow did not hesitate to contribute to the cause of solidarity and sponsored the trip of the Catalan team Go Charlie Go formed by Carlos Aliagas, Carlos Garcia, Carlos Barberà and Rosa Beltran who raised 1200€ for 2 charities. Half amount was earmarked for Cool Earth a non-profit organization that protects endangered rainforest in order to combat global warming, protect ecosystems and to provide employment for local people. The other half was donated to Fundación Josep Carreras, chosen by the participants. Its single objective is that leukaemia will one day be 100% curable, to this end, they research the cure and increase the bone marrow donations so necessary for the patients of the disease.

In addition, the team personally donated 8 laptops to a school in Georgia where conflict and poverty have made their mark.

Go Charlie Go not only made it to the finish line but also had a unique experience. Proof of this could be seen in the media that echoed the feat:

Cookie consent
We use cookies on our website to ensure its proper functioning and to offer you the most relevant browsing experience. By clicking "Accept" you accept the use of ALL cookies. You can also reject or configure them in "Management Options".
Management optionsAccept
Manage consent

This website uses cookies to improve your experience while you navigate through the website. Out of these cookies, the cookies that are categorized as necessary are stored on your browser as they are essential for the working of basic functionalities of the website. We also use third-party cookies that help us analyze and understand how you use this website. These cookies will be stored in your browser only with your consent. You also have the option to opt-out of these cookies. But opting out of some of these cookies may have an effect on your browsing experience.
Necessary Always Enabled
Necessary cookies are absolutely essential for the website to function properly. This category only includes cookies that ensures basic functionalities and security features of the website. These cookies do not store any personal information.
Non Necessary
Any cookies that may not be particularly necessary for the website to function and is used specifically to collect user personal data via analytics, ads, other embedded contents are termed as non-necessary cookies. It is mandatory to procure user consent prior to running these cookies on your website.
Advertisement
Advertisement cookies are used to provide visitors with relevant ads and marketing campaigns. These cookies track visitors across websites and collect information to provide customized ads.
Performance
Performance cookies are used to understand and analyze the key performance indexes of the website which helps in delivering a better user experience for the visitors.
Analytics
Analytical cookies are used to understand how visitors interact with the website. These cookies help provide information on metrics the number of visitors, bounce rate, traffic source, etc.
Other
No description
Save & Accept
Powered by